We won’t deny it, testing cars is a lot of fun (most of the time). It’s even more fun when the cars we drive are really great machines, whether they’re fast, efficient, luxurious or simply good-looking. These are our favorites, the cars that we just couldn’t get enough of. 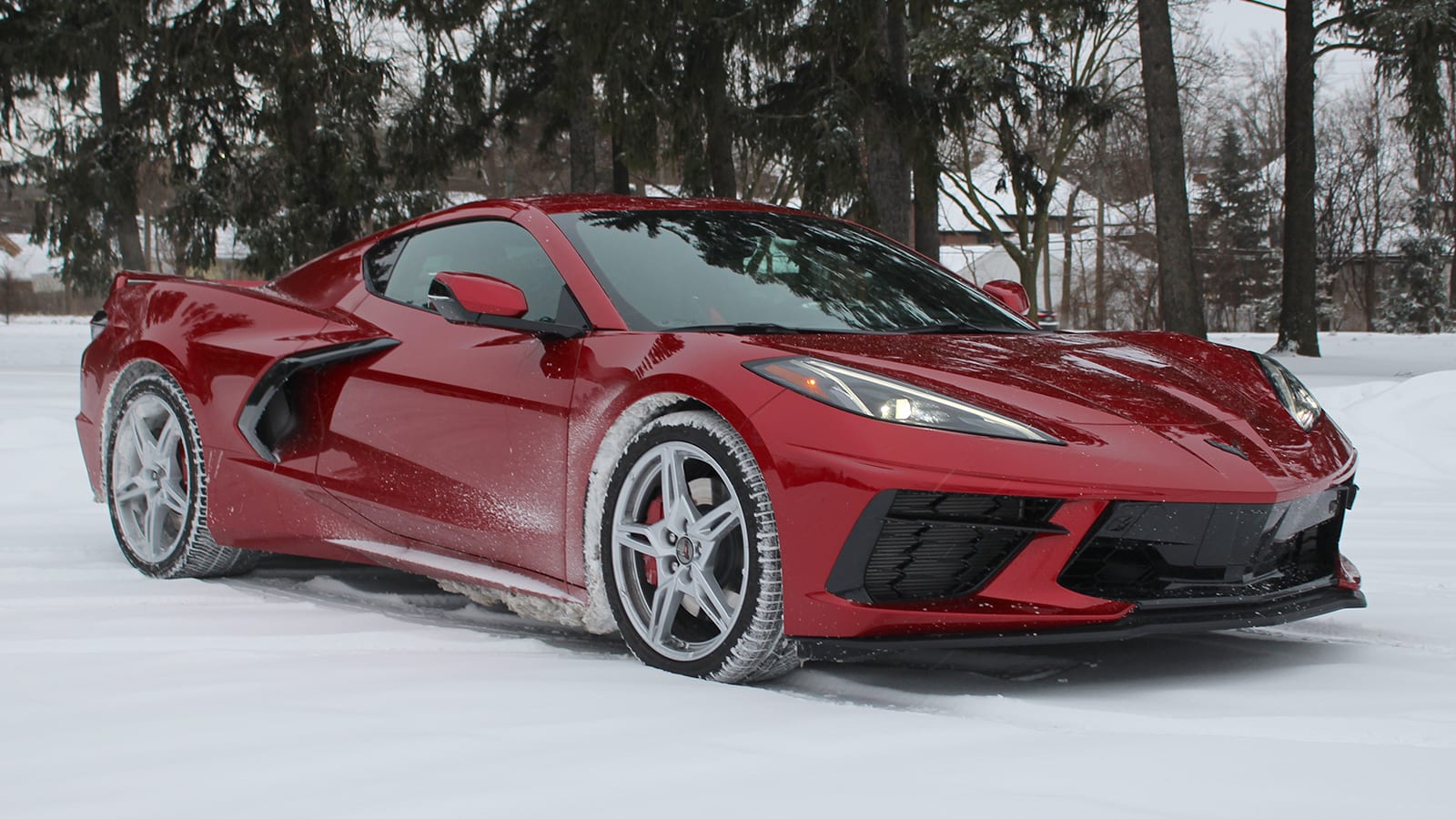 News Editor Joel Stocksdale: It may not be truly new, but I only finally got a chance to drive the Chevy Corvette this year. Weirdly, it showed up in this past winter on a fairly snowy week. And the fact that it still impressed me in the cold and sometimes slippery roads should tell you a whole lot. The nearly 500-horsepower V8 is just about perfect for going genuinely fast, but still having fun on the street. It likes being wound out, too. The transmission is great when banging through gears as quickly as possible, but it’s also spectacularly smooth and chill when you just want to cruise to the grocery store. And of course, it has tons of space for groceries thanks to its front and rear trunks. The steering and handling are amazing, pretty much on par with Porsches. Plus, when you’re sitting low inside this wide ride with its low nose and a window right into the engine bay, it genuinely feels like something far more expensive and special, like a Lamborghini or Ferrari.

The Corvette really is as good as everyone says, and if you can afford one, you should definitely grab one, even if it means you have to wait a while for yours to be built. 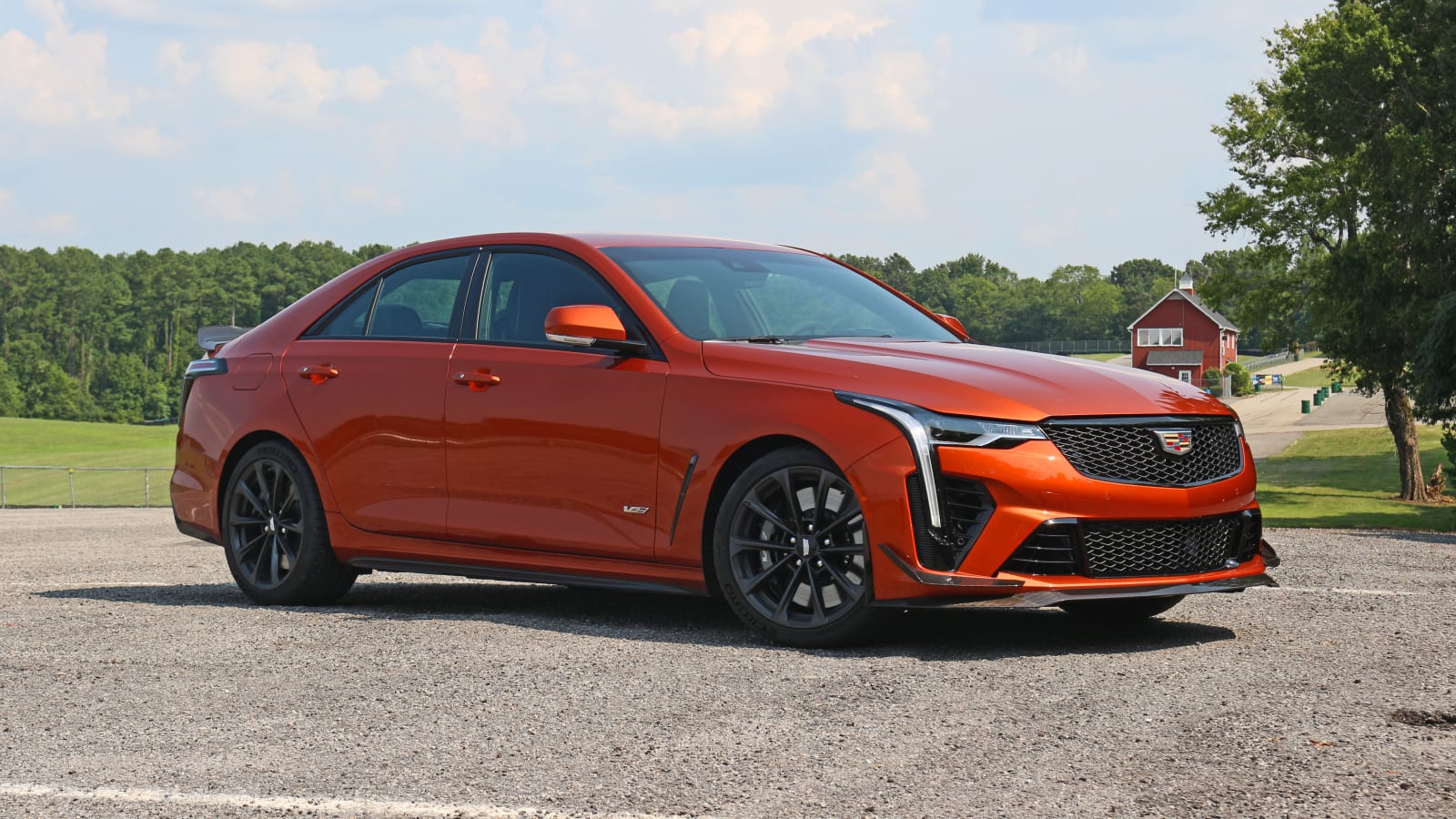 Associate Editor Byron Hurd: It’s rare when a car just seems to fit, and the baby Alpha was not the car I expected to do it for me this time around, but here we are. Within about 48 hours of driving it at VIR, I was talking to a local Cadillac dealer about placing an order. In hindsight, I shouldn’t have been so surprised. The “standard” CT4-V is already a great little car, and it’s no surprise that another 150 horsepower and a more-engaging transmission transform it into an absolute gem. The CT5-V Blackwing’s V8 charisma and outright speed may be unmatched, but the 4’s leaner, more slithery chassis makes it plenty athletic in its own right, and while I enjoyed both of my V8-powered American coupes (a 2013 Challenger SRT8 and a 2015 Mustang GT), I found myself gravitating toward the baby Blackwing. It’ll be equally at home on a track, an autocross course or a cross-country road trip, plus it has all the gadgets a performance car nerd could ask for.

Runner-up: My second pick for this category would be the 2021 Hyundai Veloster N. DCT or otherwise, it’s a ton of fun and carries on the Mazdaspeed3’s legacy in a way nothing else has. Get one while they’re still relatively cheap (and available at all, for that matter). 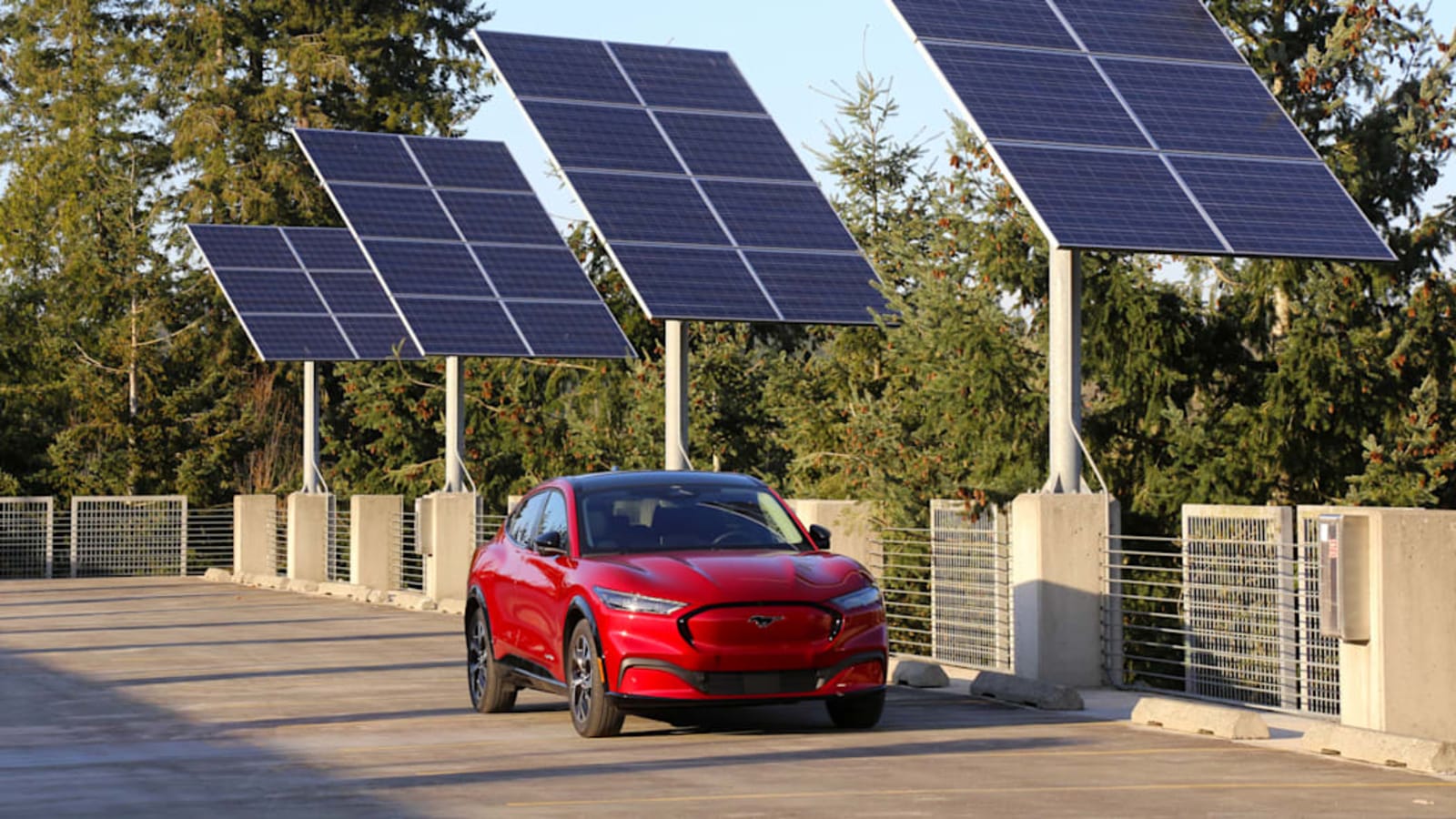 Managing Editor Greg Rasa: It’s not unusual for a press car to attract attention. I’ve drawn crowds with a Rolls-Royce and Lamborghini, no surprise there. But a week with the Mustang Mach-E brought more inquiries and even picture-takers, than I’ve experienced. It was back in spring before the car was hitting dealerships, so this was the first Mach-E folks had seen. But people knew this car was coming to market and were on the lookout for it. One day, I pulled into the circle drive of a hospital, and nurses, doctors and patients checked it out. One guy looked inside, then asked to sit in the passenger seat. When he emerged, he said, “I’m a Tesla owner, and I’m impressed.” Me too.

Runner-up: Of similar interest was a preproduction Polestar 2. The delivery driver said that before dropping it off with me, she had to make a stop at a local Volvo store, and the entire dealership emptied out to see the car. The 2, too, has impressed us here at Autoblog. It was a lot of fun to drive; the acceleration and handling are all you could want in a daily driver.

The public interest in the coming wave of EVs is there. People are open to the idea of an electric car. Automakers, who are betting the farm on this transition, take heart: If you build it, and build it well, they will come. 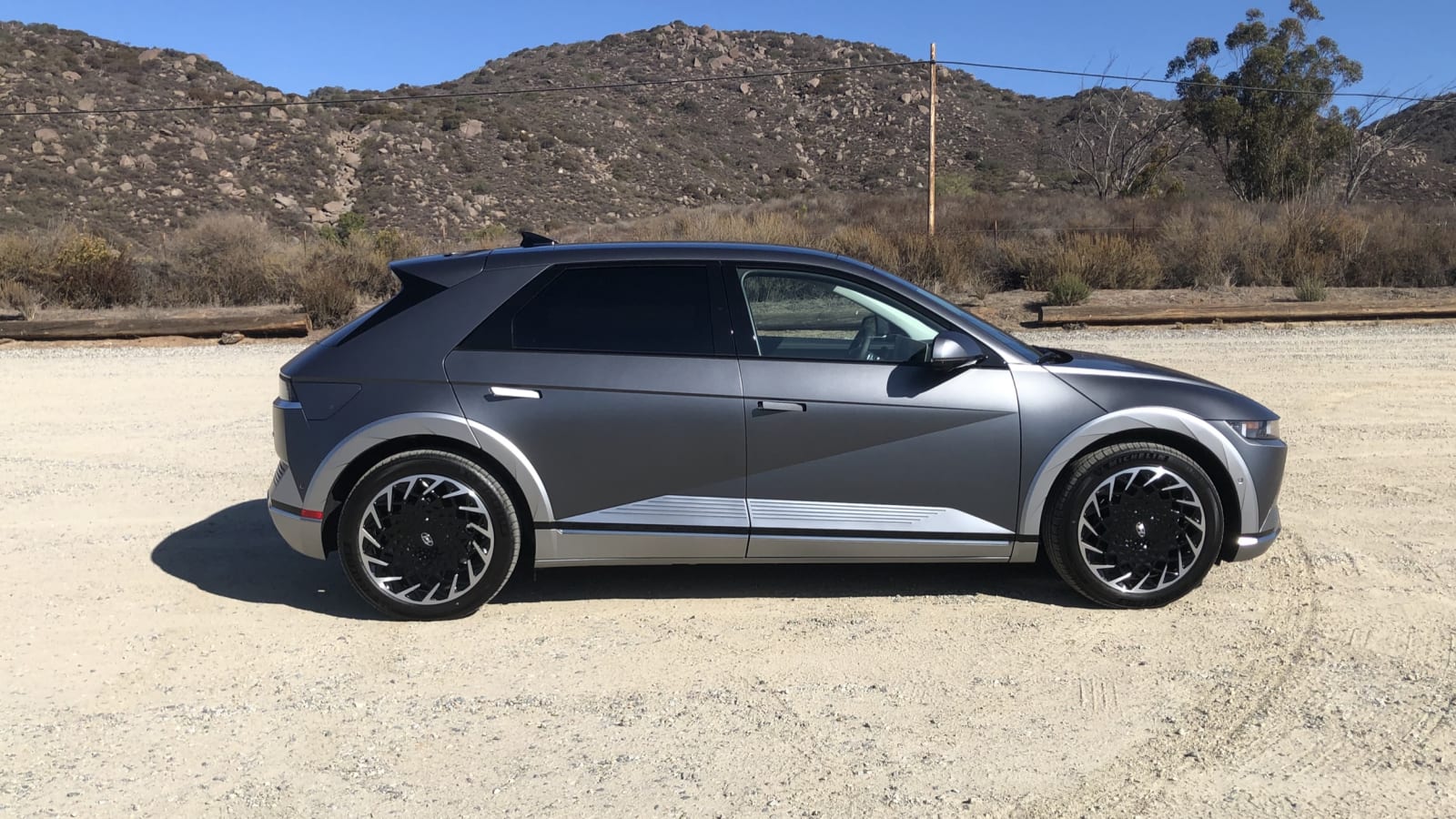 Senior Editor, Green, John Beltz Snyder: I had my pick all teed up to be the base Porsche Taycan (see runner-up below), but then I did the first drive of the Hyundai Ioniq 5. It’s a phenomenal EV, with futuristic styling, a lounge-like interior, plenty of range, super-fast 800V charging, excellent tech throughout and all around tons of character. The best part, in my opinion, is the all-wheel-drive powertrain. It’s potent, launching the car to 60 miles per hour in about 5 seconds. It’s rear-biased, and a bootful of accelerator pedal on the exit of a corner will tease the rear end out just slightly, which is an absolute gas. The Ioniq 5 is exemplary of Hyundai’s recent momentum, and a sign of great things to come. If I were picking out a new daily driver at the moment, I’d have a hard time choosing between this and the Polestar 2.

Runner-up: I generally like EVs (see our soon-to-be-published list of most disappointing cars for an exception). I generally like driving Porsches. I generally like powerful rear-wheel-drive cars (but too powerful can be boring). It’s no surprise then that I quickly fell in love with the base Porsche Taycan, in all its dialed-back, electric, rear-wheel-drive glory. Even better, it arrived in my driveway right between significant snowfalls. I’ll admit I briefly flashed back to over a decade earlier, helping push a sliding Nissan 370Z down a snow-packed Ann Arbor main road with Seyth Miersma and Steven Ewing, but the Taycan on winter tires never left me stranded. (Winter tires, folks. Winter tires.) 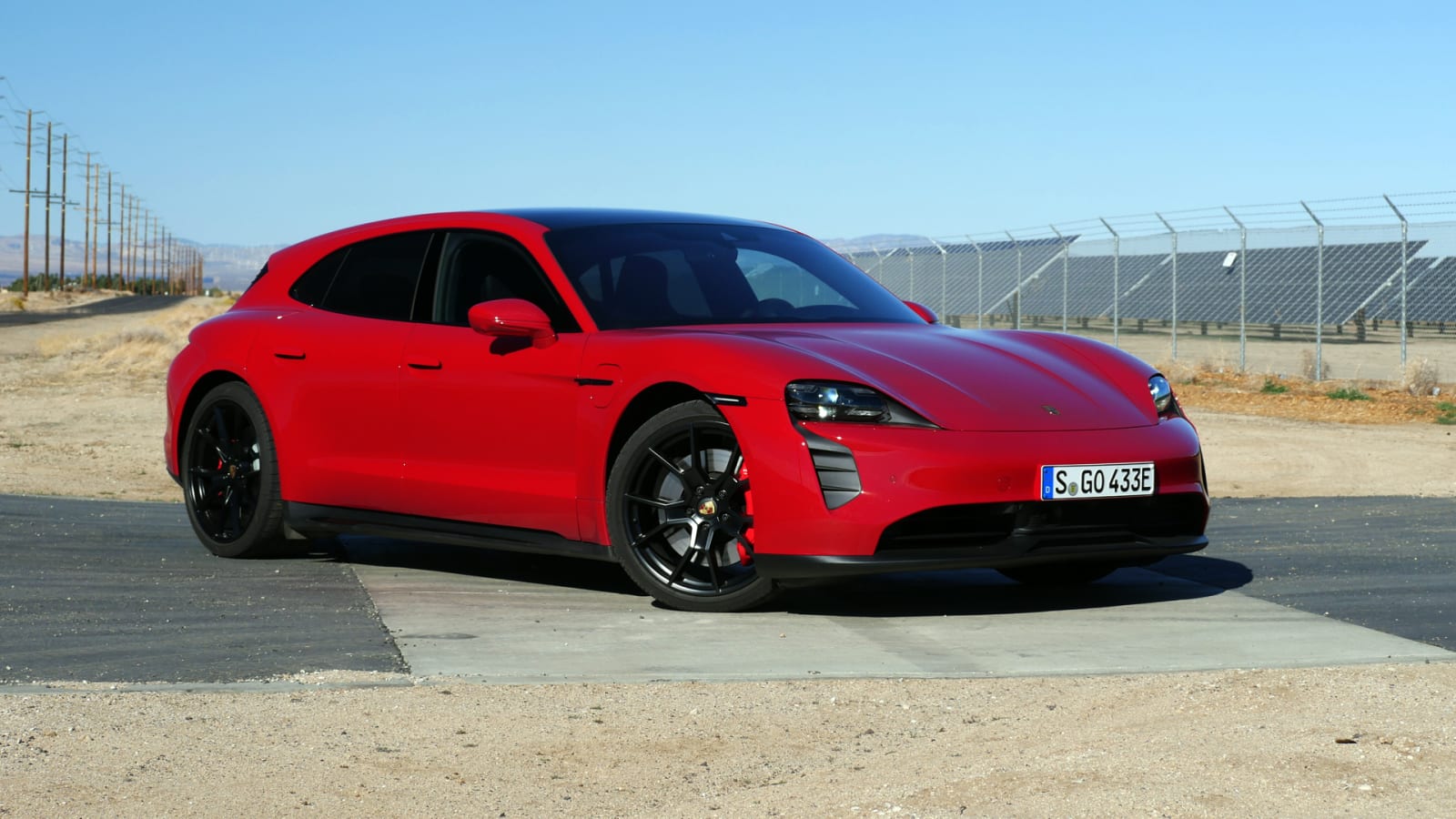 Senior Editor James Riswick: No matter what my selection was this year, it was going to be electric. Not because of some evangelical need to tout their necessity to slow a warming climate, but because they were legitimately the most interesting cars I drove this year. That’s really saying something considering my earlier fear that the future of cars was destined to become emotionless transportation pods. Instead, my favorite car nominees included “the most complex car I have ever tested” in the Mercedes EQS, the well-rounded and characterful Mach-E GT, and my ultimate choice, the Porsche Taycan GTS whose electric-ness utterly faded away in place of its bad-ass Porsche-ness as I lapped it around Willow Springs and left me wondering “is this the best car I’ve ever driven?” after emerging from the Angeles Crest Highway.

It was my first time behind the wheel of any Taycan, but the specific GTS performance enhancements and unique, unlifted Sport Turismo body style sure seem like they’d be my choice, any way. As we’re talking “favorite cars” here as opposed to the more objective, professional “best cars” or “top rated,” I have absolutely no problem throwing price out the window. In imaginary world, the car I drove this year that I’d most want parked out front of my house permanently, plugged in of course, would be the Taycan GTS Sport Turismo. 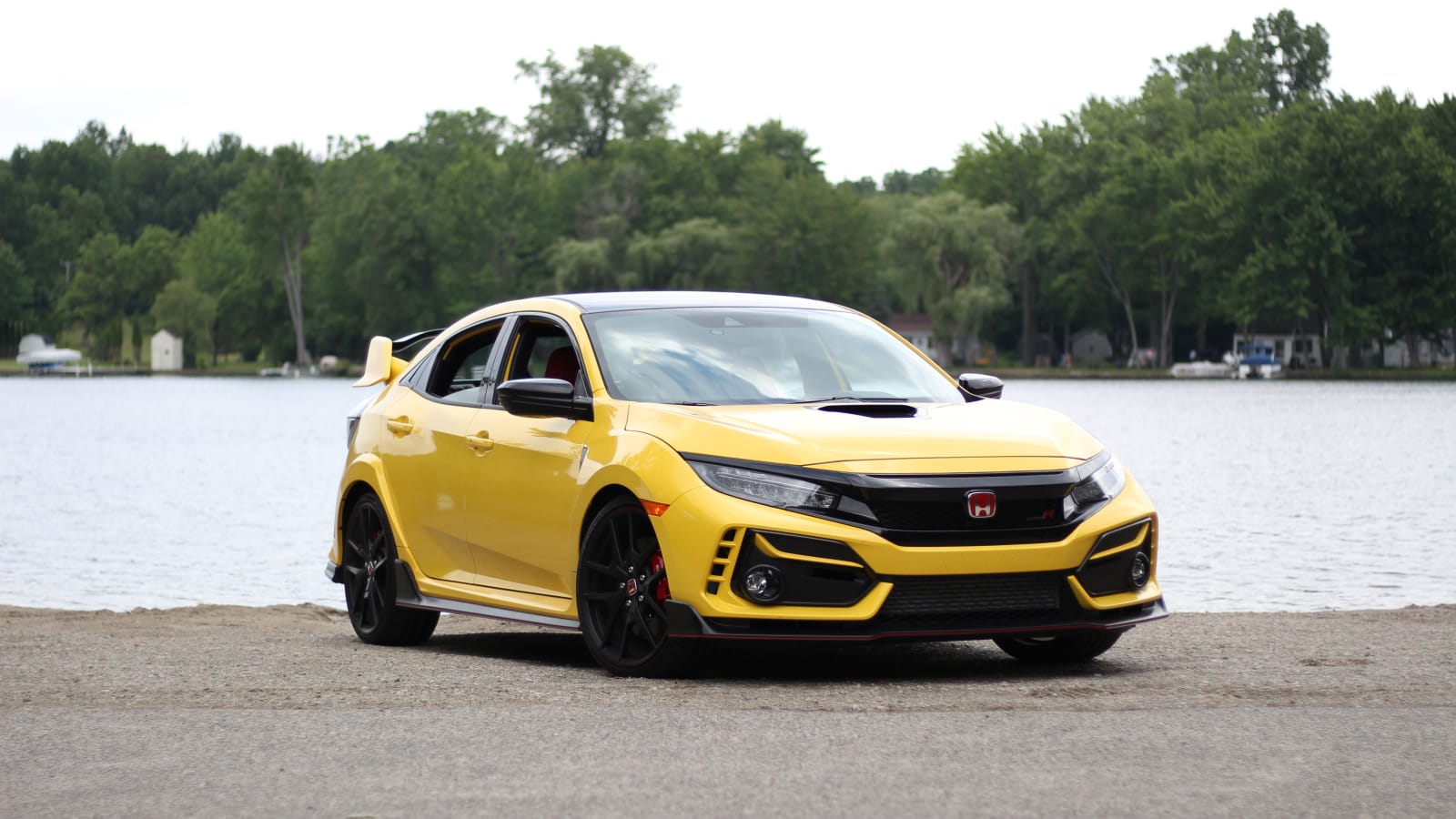 Road Test Editor Zac Palmer: This one was easy. I simply picked the one car from this year that I would most want to drive home from the dealership. The regular Civic Type R was my favorite mega hot hatch for the last several years, and the Limited Edition just sweetens the pot. As expensive as the LE may be, there’s no car in the same ballpark that can touch it for driver engagement and pure driving fun.

I cherished every single mile I put on this Phoenix Yellow firecracker. Its practically perfect shifter made sure that even the most mundane of driving tasks were full of mental stimulation. And then when you get it to the proper driving roads, the Type R shows a side of itself you hardly thought was possible in a front-drive car. It makes you question long-held beliefs that rear-wheel drive is better, mostly because the Type R LE is good enough that you question how anything else this side of $100,000 could be better. The fact that I still have more words to wax poetically about it after smothering an entire story’s worth of praise on it before is evidence enough: The Type R Limited Edition is a rockstar, and it’s my runaway favorite car of 2021. 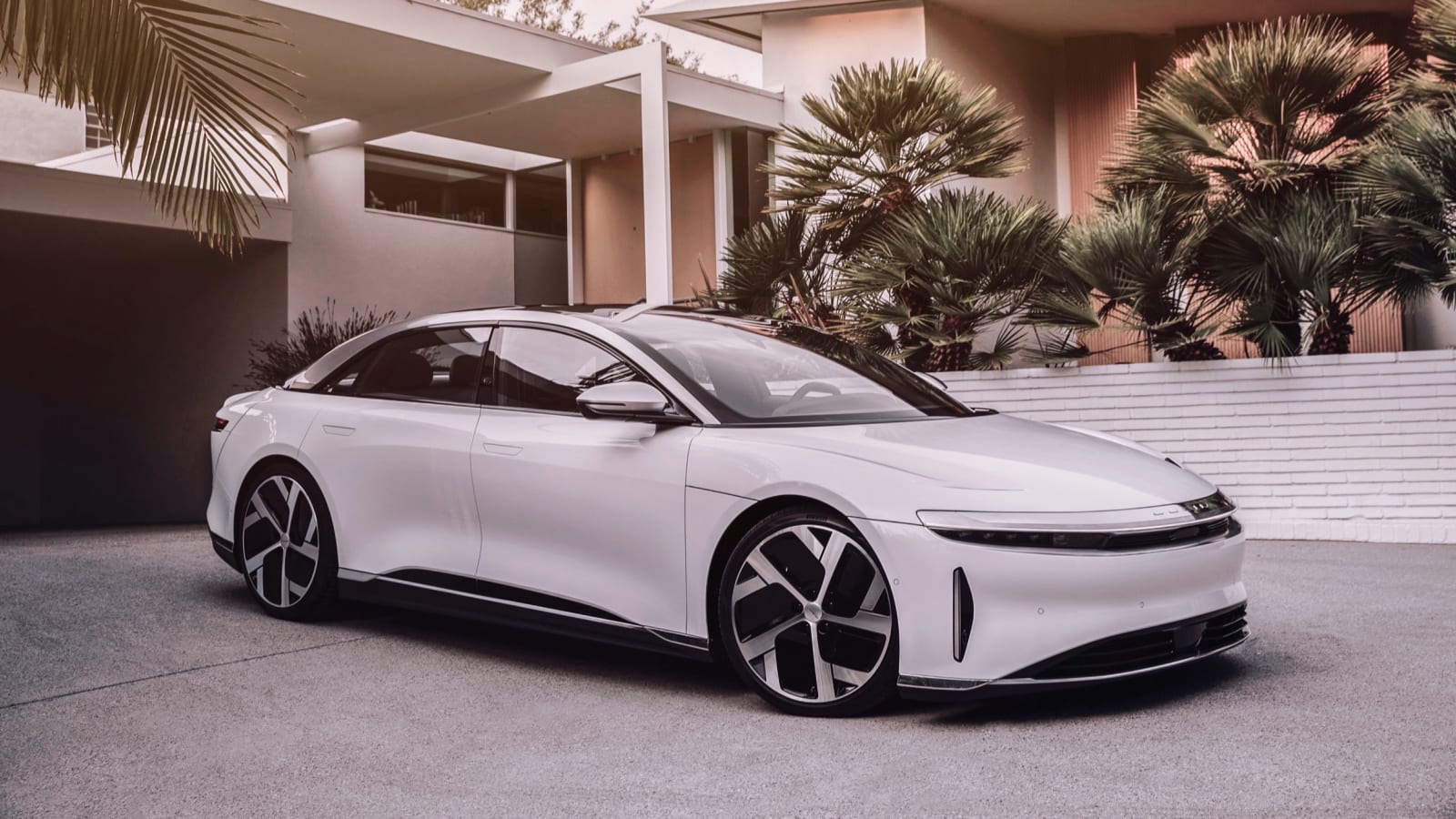 Editor-in-Chief Greg Migliore: I drove a lot of great vehicles this year. I could have selected almost any one of the eight electrics I highlighted in a recent column. And the Cadillac CT5 Blackwing is exactly the kind of high powered, old-school sedan I like. It feels like a Cadillac in a way I can only imagine they felt when Caddy was at the height of its powers in say, 1962.

But I landed on the Air for its styling, performance and general character. It’s rare to find a new product from a new company that appears to have it all working in harmony. Sitting in the gorgeous yet simple interior I was taken aback at how sophisticated it all felt. Granted, I test drove a $169,000 car with 1,111 hp, but still. Laying on the throttle as I turned on Woodward on a sunny November afternoon pulled the air out of my lungs. When my adrenaline leveled, I was left with a sense of optimism for Lucid and electric vehicles in general.