DID MASK-WEARING SAVE THE AUTO INDUSTRY?

DID MASK-WEARING SAVE THE AUTO INDUSTRY?

When the coronavirus hit in March, automakers closed their plants and shut down production around the world. In North America and virtually everywhere in the world, operations came to halt. Realistically, it was a situation that couldn’t last. In May, operations gradually started up again, but not before strict safety protocols were put in place – including the wearing of masks in the workplace. Nearly five months later, all three U.S. manufacturers are operating their plants at near full capacity. Most importantly, since the resumption of operations, none have experienced a major outbreak of Covid-19 within their facilities.

News agency Reuters site took a look at the issue in the United States. Here, in a nutshell, is what it found.

“We have people testing positive, but it’s not affecting operations,” said Gary Johnson, Ford’s global manufacturing chief. The fight against the pandemic has prompted automakers and the more than 156,000 employees at U.S. plants represented by the United Auto Workers (UAW) to devise new and unusual work routines and develop extraordinary levels of cooperation between rivals, practices that will need to be maintained over the coming months. For manufacturers, the response to the coronavirus has forced them to develop new habits that rely on new technologies. For example, workers report their symptoms, or lack thereof, to smartphone applications and have their temperatures taken before going to their workstations. Business and union leaders have stated that masks, as well as social distancing, are the key to keeping assembly lines running.

“The mask is the foundation” for protecting workers in the workplace, explained Gerald Johnson, GM’s director of global manufacturing. Workers are accustomed to wearing protective equipment such as goggles and gloves. However, masks that cover the mouth and nose are not standard equipment. It was difficult to convince everyone at first. 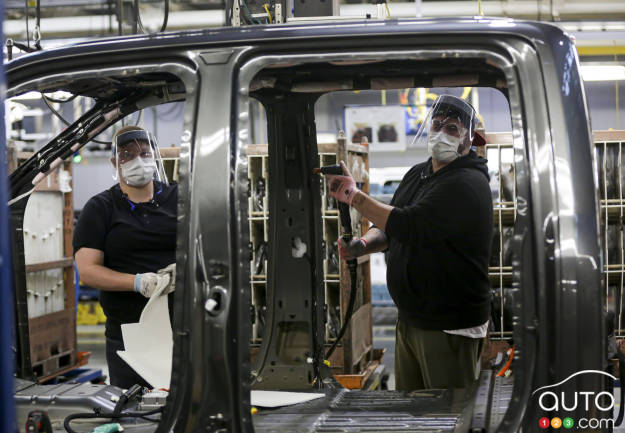 In addition, masks and social distancing make it more difficult for workers to communicate with each other, including when they meet up during breaks. “It makes for a longer day,” he said.

Masks also make it harder to recognize the expressions of others, which is often crucial in the noisy environment of an auto plant. At GM, employees carry badges bearing the message: “I’m smiling behind my mask”. Then there’s the delicate, political symbolism for some of wearing a mask, which forces company and union leaders to be nimble in getting their messages across about the importance of keeping the masks on at all times. Explained GM’s Gamble, “there were a lot of mixed messages coming out of Washington and it gave us heartburn”. Automakers and unions agreed to follow the guidelines of public health agencies. The Big Three also adopted the measures at their plants in China, which were of course the first to be affected by the novel coronavirus outbreak. 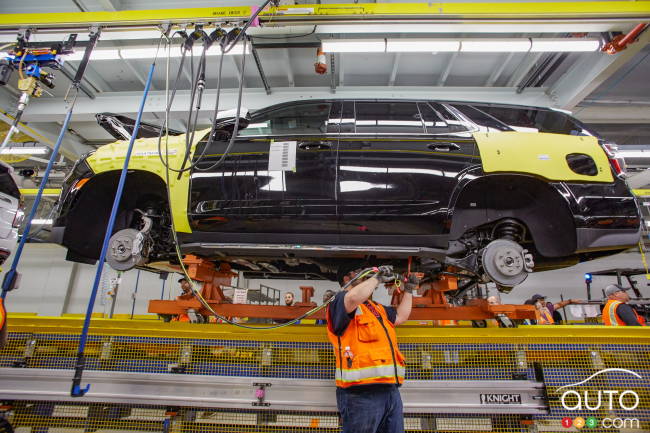 At GM’s Factory zero plant in Detroit, Scott Harwick, a UAW skilled worker, said the debate outside about wearing masks is not taking place inside the plant. “Sometimes a co-worker drops his mask because he’s hot. We don’t have anything to say; we just tap our mask to remind them.”

The normal state of affairs between American automakers is near-total commercial war, but the pandemic has changed some practices – at least temporarily. For example, a committee made up of representatives from the three firms, as well as the union, meets every two weeks to share information and coordinate safety policies.

The restart has not been without its hiccups, of course, and this was repeated by both UAW leaders and company officials. Some workers have filed complaints; Ford and Fiat Chrysler said the complaints they’ve received have been resolved. GM added that four of the six complaints filed with OSHA (Occupational Safety and Health Administration) have been resolved. OSHA did not even bother to visit GM’s facilities to investigate.

“We are confident in our multi-layered approach to Covid-19 safety, which has proven effective in preventing workplace transmission of Covid-19 in our facilities.” 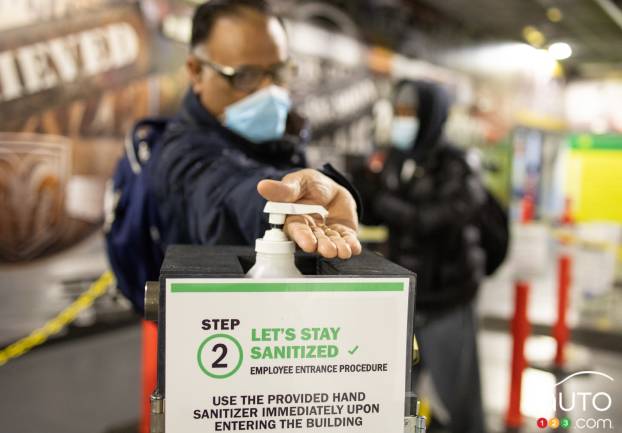 Photo: FCA
A worker in the FCA plant in Warren

U.S. automakers test workers who show symptoms, but have not adopted widespread testing for their 156,000 plant workers. All three companies have had workers test positive for Covid-19 exposure, and initially there were brief production shutdowns to clean plants. Absenteeism rates remain above pre-pandemic levels in some plants due to concerns about infection and child-care issues. UAW officials have given companies greater flexibility to use temporary workers. Manufacturers have also begun to help workers obtain or pay for child-care.

Todd Dunn, president of UAW Local 862, explained that Ford’s truck plant in Kentucky and its Louisville assembly plant in Louisville are using about 2,000 temporary workers. The UAW represents approximately 16,000 hourly workers at the plants. All in all, there’s no arguing that the measures taken by auto manufacturers have been effective, and the proof is in the pudding: for the past five months, there have been no major outbreaks, which would have meant longer-term closures. None.

And workers, glad not to be experiencing closures and layoffs, clearly understood that wearing the mask – and distancing – is not only protecting their health, but also their jobs. 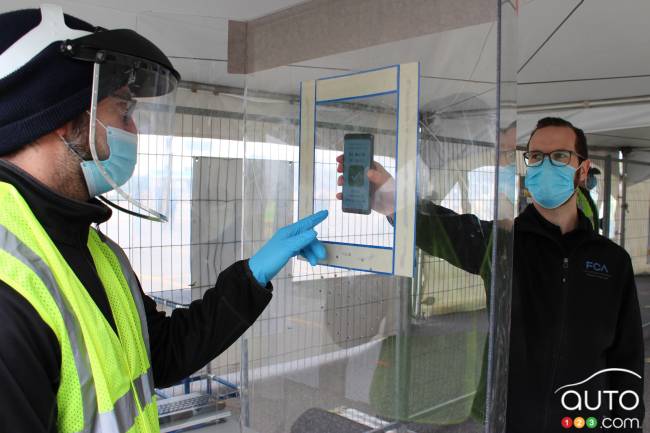